One of my favorite meals in Middle Eastern cuisine is kofta, that is, spiced meatballs. But achieving the right balance of herbs and spices, the right consistency and flavor making these at home has thus far eluded me. Today I give it another go!

My first attempts failed because I tried to go TOO low carb and reduce the breadcrumbs way too much. That was before I understood the true importance of a well-hydrated breadcrumb to making good meatballs. Since then, I’ve struggled with the spice mix. I like kofta that are cinnamon-forward in flavor, so I always make sure to include a larger portion of cinnamon. The problem is that I have such a vast spice cabinet that it is tempting to add so many more spices in this category… cardamom, cloves, nutmeg, mace, coriander seed, etc. etc. I think I have to hold back and simplify my kofta so that the flavors I like best are the ones most prominently featured.

Form the meat mixture into meatballs, patties, or log-shapes. Place in a shallow baking dish. Bake at 350 for 25 minutes. Serve with tahini cream (below) and/or hummus.

One of my favorite dressings for kofta is tahini cream:

Combine all ingredients in a food processor, or with an immersion blender. Chill. Serve as a dressing for kofta meatballs, above.

As the heat of summer rolls in, I find myself searching for recipes that provide full flavor and hearty enjoyment without the need to be cooked ahead of time or heated up before eating. At the suggestion of one of my co-workers (with whom I often conspire to bring in a Friday snack), I went back to one of my old-favorite, but long-neglected recipes, basic hummus. 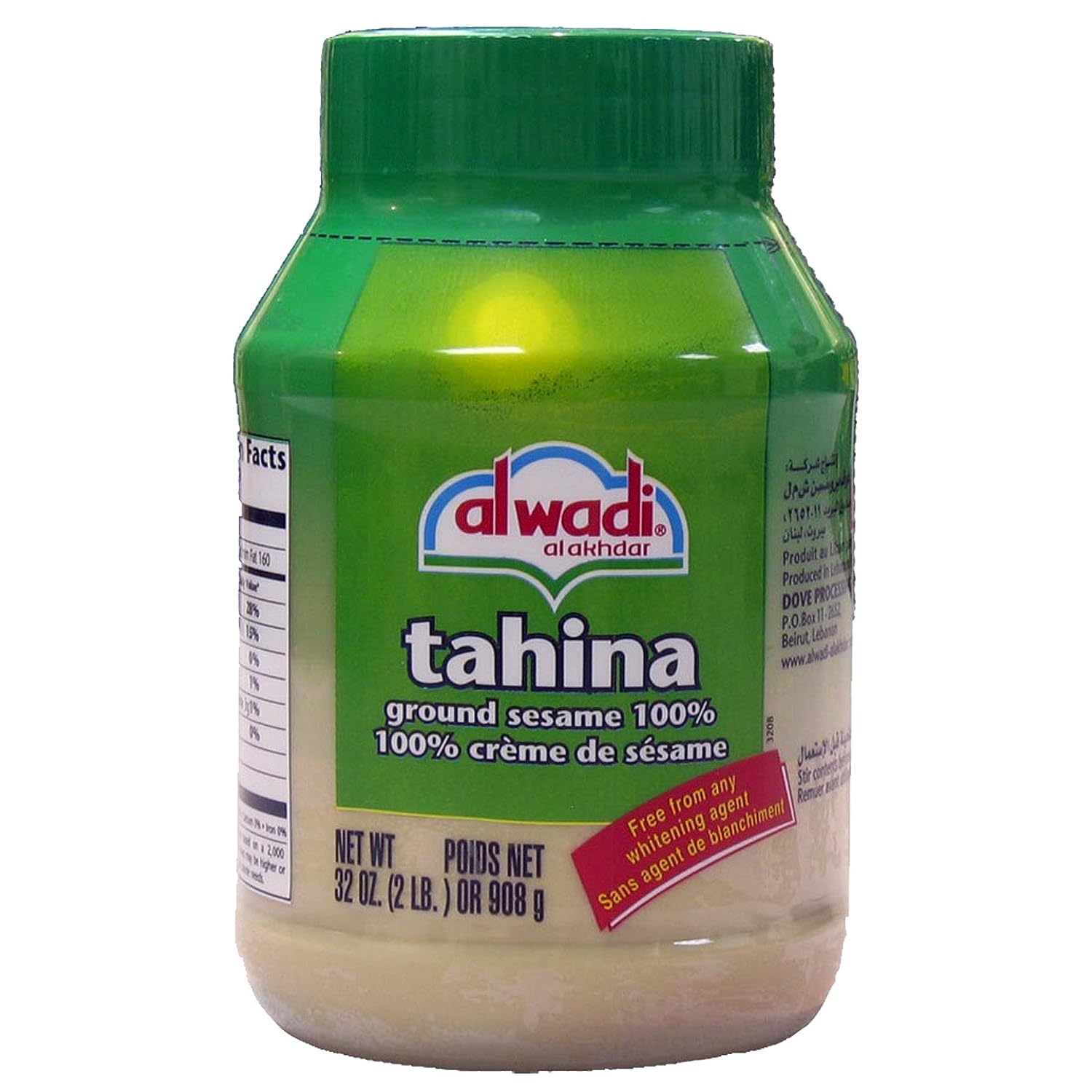 Why has my hummus recipe been so long-neglected? Well the unfortunate thing about hummus is that while most of the ingredients are cheap and easy to come by, one key ingredient is both expensive and not exactly “garden variety”–sesame tahini. It sounds exotic, but sesame tahini is fundamentally sesame seed butter, i.e. ground and pureed sesame seeds just like peanut butter is ground and pureed peanuts. While most large grocery stores, at least in cities the size of Pittsburgh, will stock tahini, chances are it will be expensive. $6 or $7 dollars for a jar that’s around the same size or smaller than the average peanut butter jar.

In order to make hummus with any degree of regularity, I would have to find some inexpensive tahini. I turned to Amazon, as I do for many shopping dilemmas. From bulk spices to facial moisturizing cream, I have found that many items are, in fact, cheaper to buy in bulk on Amazon than in the store. Some items, of course, are assuredly not cheaper (don’t try to buy hair gel online!), but oftentimes I do find a great deal, and so I thought such might be the case with tahini. I scoured all the tahini offerings for the best deal, and found Al Wadi Tahina for about $14 for two 32 oz jars (i.e. pretty darn big jars; each at least twice the size of an average tahini jar).

Armed with my bulk tahini, I was ready to revisit my old recipe. I’m going to post a version of my recipe that is built around using one can of chickpeas. This recipe makes a nice modest amount, such as a bowlful to serve at a party amongst other hors d’oeuvres. Usually, however, I make double this recipe so I can have a stock that will last several days.

Drain the chickpeas, but reserve the liquid. The chickpea liquid that the beans are canned with is very important for getting the right consistency without the hummus becoming too bland.

Assemble the drained chickpeas, lemon juice, garlic, olive oil, tahini and spices in the bowl of a food processor. Add small amounts at a time of the chickpea liquid to help the contents process smoothly. Add only enough to get the hummus to your desired consistency. Adding the whole of the leftover liquid will result in a hummus that is much too runny, so take your time and contribute small bits until you get the consistency you want. Some people like a thicker hummus than others; the choice is yours.

Chill the hummus a couple hours before serving. Serve with warm pitas or corn chips as a dip, or use with bread or tortillas to make a sandwich.

I also like to add Parmesan cheese when I make a hummus/tortilla sandwich. Also, this recipe can be made with an immersion blender, but it requires a bit more effort and perhaps a bit more liquid, so the food processor, if available and convenient, is definitely the recommended form of pureeing the ingredients.

Another great thing about hummus is its versatility. You can make many different flavors without changing in the recipe. Here are some I’ve tried so far:

LEMON HUMMUS: Increase the lemony flavor of the hummus without adding more liquid by adding the zest of half a lemon to the food processor

CILANTRO LIME: Substitute lime juice for lemon juice in the above recipe. Add the zest of half a lime if available. After the hummus is processed to creamy, add a small bunch of fresh cilantro and process the hummus on pulse until cilantro is chopped and integrated, but not pureed. You don’t want green hummus

PEANUT BUTTER HUMMUS: No tahini in sight? Down on sesame? Looking for a new twist on an old favorite? Substitute peanut butter (or almond butter or cashew butter) for the tahini. It will definitely be different from traditional hummus, but will keep you in the same ballpark of taste and consistency.

Disclaimer: Some photos on this blog are taken by us, other photos may be procured from Google Images simply for the sake of adding color and a generalized illustration of blog subject matter. We will happily remove any picture at the request of originators who object to our using it.